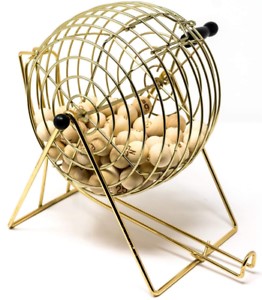 A recent update to the New York City Department of Housing Preservation and Development (“HPD”) Marketing Handbook allows HPD to fill any affordable housing units that have not been leased-up through the initial lottery process with homeless shelter referrals (“Unrented Affordable Units”). This guideline change repeals the right that was previously available to developers to remarket Unrented Affordable Units through open market listings.

The new marketing guideline also revokes a developer’s unqualified right to remarket Unrented Affordable Units through a second lottery unless HPD consents, in its sole discretion. HPD has indicated that, at most, it will only permit developers to remarket a portion of the Unfilled Units in a project through a second lottery, and only if the Unrented Affordable Units are “a large number or percentage of units in the project,” and “[d]epending on the number of unleased units and the mix of affordable and/or market rate units in the building.” (Q&A released by HPD entitled Homeless Referrals for Remarketed Units: Fact Sheet for Owners and Marketing Agents).

The affordable marketing guideline change was implemented as an additional tool to address the homeless crisis that currently plagues New York City. It is also HPD’s strategy to encourage developers to initially market affordable housing units at lower rents, notwithstanding that higher rents might be permitted under Affordable New York (affordable to families earning up to 130 percent AMI).

Even developers who completed the initial lottery prior to the change remain subject to the new marketing guidelines, despite not having had prior notice that they would be unable to remarket Unrented Affordable Units in the open market or through a second lottery.

Seiden & Schein, P.C. has strategies that developers can take that might work to reduce the impact of the new marketing guidelines. For further information, please contact Alvin Schein aschein@seidenschein.com Jason Hershkowitz jhershkowitz@seidenschein.com or David Shamshovich dshamshovich@seidenschein.com by email or by phone at (212) 935-1400.

Seiden & Schein, P.C. Creates No-Action Condominium for One of NYC’s Most Sustainable Projects

David Shamshovich Has Become a Partner at Seiden & Schein, P.C.